Phoenix Safe Company is one of the oldest UK manufacturers of safes and security products and can trace its history back to Liverpool in 1799. At that time it was known as the Richmond Safe Co Ltd and was supplying the maritime trade between England and the United States with iron banded or iron clad wooden strongboxes and seamen’s chests.

In 1723 a group of migrant steel workers from the Toledo area of Spain, were working their passage to the United States, with the intention to sail from Liverpool to New York. They joined Richmond Safe Co Ltd where their skills with steel were put to good use replacing the traditional wooden strongboxes with all steel reinforced strongbox’s. The demand for these new secure strongboxes grew with the increasing wealth and expansion of the maritime role of Liverpool as the major English port shipping goods and commodities to the United States in return for cotton for the Lancashire cotton mills.

In order to reflect the increased emphasis on security products the company was renamed in 1850, the Withy Grove Stores and began to design and patent steel safes, strongboxes, fire safes and vaults many of which are still in use today.

They became, with the famous Milners Safe Company of Liverpool, among the best known British safe manufacturers from the 1850s through to the 1970’s, when rationalisation of the safe industry led to the loss of many of the traditional manufacturers.

The tradition of patented and innovative security continued in 1986, when Phoenix Safe Co was formed. The aim was to design and manufacture advanced fire resistant safes to protect the new wealth of data information being produced by computers. The vital importance and catastrophic consequences of the loss of this information demanded a new approach to fire protection.

We are now established as a world leader in the manufacture and distribution of a wide range of state of the art safes to suit all requirements, ranging from residential to commercial security and fire protection.  We specialise in vital records protection for both paper and computer media.

All of our fire resistant safes are independently tested to European standards and carry a life-time after-the-fire replacement warranty.  We have an extensive range of traditional security safes also, tested and certificated to the highest industry standards, designed to protect cash & valuables up to £1m.  Our products are kept in stock and will normally ship within 24 – 48 hours from receipt of order.

We welcome the opportunity to help you secure your most important items! 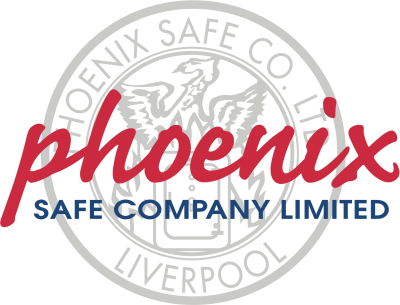