Provided by Kate Palk and Sean Wilson at Dormakaba

A.E.D. – Anti-explosive device, another term to describe a relocker.

Anti-drill plate – A special hardened plate that protects key areas of the safe, usually the lock and bolt work, from drill attacks. These can be made of several different materials including manganese steel and stainless steel.

Anti-drive spindle – A design that prevents the drive spindle (this is the bar/spindle that connects the dial on the front of a safe to the lock body) from being driven into the lock to remove the lock or give access to the lock workings.

Audit trail – A feature on some electronic locks which allows the user to see a history of events. These vary in detail on the number of events that are recorded. They are utilized typically in commercial situations to help safeguard against internal fraud.

Bolt work – The mechanism that moves the bolts of the safe from the open to locked position and back again.

Cash in transit / CIT – A term used to describe the movement of cash in a physical way. CIT companies are used to collect and deliver cash to banks, retailers etc.

Changeable lock – A key operated lock where the levers inside can be changed to stop the operation of the original key and allow the operation of a new key. This means that if keys are lost or stolen they can be made obsolete without the need to fit a new lock.

Code denial – User codes can be denied to open the lock, these can be set for a specific time periods, ie if personnel are on a leave of absence

Coffer – A separate compartment inside the safe that locks independently from the main door.

Courier code– A special code used by cash in transit personnel to over-ride any time delays in an electronic lock.

Dead bolt lock – A locking mechanism that requires the lock cylinder to be physically rotated by the user. With electronic safe locks this is usually achieved by turning the keypad to drive a spindle which in turn rotates the lock cylinder.

Double bitted key- The double bitted key is used in combination with a mechanical lock. They are manufactured in diecast, brass and high strength brass for maximum durability. Foldable or detachable keys are also available for thicker safe doors.

Dual lock(ing) – Has two physical locks on the safe.

Dual Mode – Requires two people to open the safe. This is achieved either by having two physical locks or, with some electronic locks (dual mode), requiring two different user codes to be entered.

Duress code – A special code input into an electronic lock that activates a remote alarm and/or notifies a remote monitoring station of a duress situation. It can also be used to trigger a duress time delay, which can be preset from 1-99 minutes. Usually the code will still unlock the safe so that the assailant on site will be unaware that the user has activated the alarm.

Emergency lock – A back up mechanical lock that will open the safe in the event that the main electronic lock fails.

EN1300 – A European attack test standard for safe locks. There are 4 grades within the standard from A/1 (lowest) to D/4 (highest)

ESSA – A world-wide trade association of safe manufacturers and distributors.

External (battery) – A terminal on the keypad of an electronic lock (Lagard) that allows the opening of the safe in the event that the regular power source has failed. This can entail holding a battery directly onto the terminal or plugging in a pre-supplied battery

Full time and date stamp – Refers to a feature on some electronic safe locks, whereby all events recorded on the audit trail have a true time and date logged against them

Hard plate – A piece of metal or material made of or treated to resist penetration, usually by drill bits.

Holiday locking periods – Electronic locks have the ability to preset public holidays and staff holidays, so the lock can’t be opened during the holiday period

ICS– Interactive code system- A one time code is issued, and expires within a set period (ie 5 minutes) These codes are generated by algorithms within the locks software.

Immediate time lock – Is a locking period that is set immediately for a preset amount of time.  The lock is not available to be opened until the preset period has elapsed. Normally 1 minute to 150 hours.

Interlocking– The combination of one or more electronic locks, which are  wired together to maintain separate openings, which secures against multiple doors being opened at the same time.

Lock out mode – A sleep mode that some electronic locks enter into after a number of incorrect code entries. This is designed to prevent lock manipulation.

Lock bolt – The bolt on a lock that engages with the bolt work to keep a safe locked.

Master code – The ultimate access code for an electronic lock which carries full privilege rights allowing the holder to alter all parameters of the lock. In commercial settings these are often held by head office or regional management staff.

Manipulation – A technique, which utilizes inbuilt tolerances of a combination lock to determine the combination.

Mechanical combination lock – A dial operated lock that requires the correct sequence of numbers (usually 3-4) to be entered by spinning the dial left and right in a particular order. This aligns wheels (usually 3-4) inside the lock that in turn allows a plunger to fall and the lock to open. They can be tricky to use for those who are unfamiliar with them.

Mounting plate – Usually describes the metal plate onto which the safe lock is mounted.

Multiple user codes – A term used to describe a feature on an electronic lock where more than one user code is available.

NRTD –  A Non return time delay, is a preset time period  in an electronic lock, where the  lock can’t be opened when returned to within the set period, used  for large cash drops.

One-time code / OTC – A one-time code is a user code for electronic locks that can only be used to access the lock once, after which it will no longer work. One-time codes are commonly issued to the likes of couriers, CIT employees and branch staff who may not normally be allowed access to the safe. These codes are generated by algorithms within the locks software.

Override key – A back up key that will open the safe in the event that the main electronic lock fails. CCB30 lock utilizes

Partial locking – On multiple lock systems, you can set that the safe operates on 1 lock only, during operational hours, and out of hours all locks are secured. Prevents multiple users entering their codes during working hours

Penalty – A sleep mode that electronic locks enter into after a number of incorrect code entries. This is designed to prevent lock manipulation

PIN code lock – An electronic lock that is opened by entering a Personal Identification Code, usually a special sequence of numbers between 3-10 digits long..

Redundant locking system/Redundancy – A term to describe a feature in high end electronic safes locks, whereby a secondary set of circuitry and motors are employed to act as back-up in case the primary systems fail. Prevents lock outs due to electronic or mechanical failure

Relocker – A device, which relocks the safe either after or during an attempted breach.

Reset– A function on electronic locks to reset back to factory settings, if codes are lost, or a new programme set up is required.

Security safe – A safe designed to protect valuables from theft.

Safe – A strong box with a complex lock, designed to protect valuables against fire and /or theft.

Safe deposit box – A safe custody box, usually with dual control locks. They are typically used for storing valuables away from the owners’ premises, usually in banks or private safe deposit centres. The customer controls one lock and the bank / deposit centre the other, ensuring that both must be present to access the contents.

Security cabinet – A steel cabinet with a complex lock and possibly boltwork. Usually consisting of a single steel wall, ranging from 1mm-6mm thick.

Shelve – A function on electronic locks to reset back to factory settings, if codes are lost, or a new set up is required.

Solenoid – An electromagnetic device used in electronic safe locks and which acts as a locking bar to keep the safe locked. These are usually used on cheaper and lower security locks.

Spy shield – A physical shield that is fitted around the dial of mechanical lock and / or the keypad of an electronic lock to prevent people from seeing user codes as they are entered.

Strongroom – A secure room to protect valuables from theft and/or fire. Usually offers a very high level of security.

Spring bolt lock – An electronic safe lock that uses a spring system to hold the bolt in place, allowing retraction by applying force to the bolt itself after a correct user code has

been input. In practice, this means that unlike a direct drive / dead bolt lock, the keypad does not have to be turned to open and lock the safe.

Three way moving boltwork – This means that the safe has moving boltwork (driven by a handle or directly by a key or keypad) on three sides of the door, usually the leading edge, the top and the bottom

Time delay lock – A lock that once set or activated will delay the opening by a determined time, usually between 1 and 99 minutes. These are very effective to deter the threat posed by armed hold up.

Time lock – A mechanical or electronic lock that will only allow operation of the safe at a preset time(s).

Time lock interruption– Electronic locks can be can set with over-ride periods, either via a preset time period or master code.  This enables the lock to be opened, and can be used for out of hours cash deliveries and collections

Time window – Refers to the period of time when a time lock / time delay lock can be opened.

UL – Underwriters Laboratory is an American test and certification body.

User code – A code programmed into an electronic or mechanical combination lock that the safes owner uses to open the lock.

Weekly locking periods – Are preset periods of time for when the lock cant be opened.  Utilised in retail and the finance sectors to prevent access outside of operational hours. 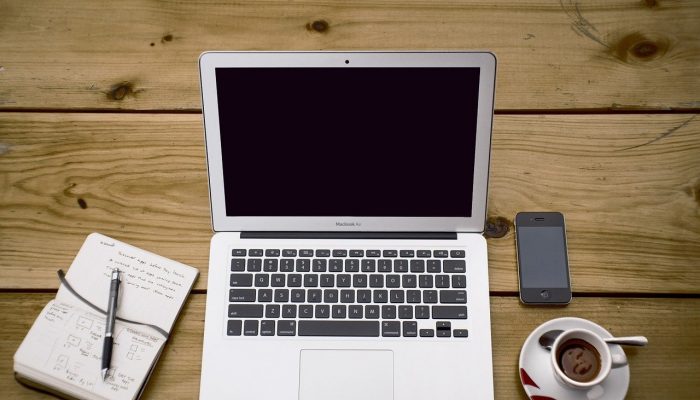 A History of the British Safe Industry